We do business by building relationships.

John and Donna have called the New River Valley their home for over 26 years and have loved the opportunity to make themselves part of the community. They both understand the importance of finding the perfect home for their buyers and ensuring the best price for their sellers.

John and I have worked together over the past year on several purchases and sales of both personal residences and investment properties. His knowledge of the housing market, negotiation, marketing, and buyer/seller representation have been phenomenal. I look forward to continually working with John and would highly recommend him to anyone!

Donna is both professional and genuinely a really nice person. She has a very high degree of knowledge that helped me greatly when looking at properties. She helped me see things that I would not have noticed. She truly had my best interest at heart. I highly recommend her and her husband. They are a great team.

Donna was very professional and efficient. She provided a great experience throughout the whole process from needs assessment to closing. I would recommend her to anyone shopping for a new home or investment property.

We absolute love working with Donna. She has always been very quick to respond to a request for visiting any home we may be interested in. My husband and I neither have much knowledge when it comes to important things to keep an eye out for when buying a home and we have been in great hands with Donna. She addresses each question with care and caution as if it were her own purchase!

Donna is an amazing realtor! She found our home and has continued to be a huge part of my happiness on the east coast! Her & her husband are extremely knowledgeable and together make an amazing team!

The Travis team is wonderful. They know all about the housing market and will go to great lengths to help you anyway you need. I would recommend the Travis team to anyone buying or seeking a home.

Working with John has been pleasure, actually the most helpful real estate agent I ever worked with. He went out of his way to help secure a good property at a really good price and he was on top of process daily until finalized. Any questions or paperwork needed was handled without hang- ups or delays. I highly recommend this team for any real estate deals to anyone who wants honest and helpful people to do business with.

Donna is a top notch realtor! She is a professional and a leader in the business in this area. She sold my home very quickly (a month) and for the price I was wanting. She is an outstanding agent and just a very good person in general.

Saying that we were stressed and overwhelmed when looking to buy our first home would be an understatement. Donna helped calm all of our worries, was there to answer any questions we had, and most importantly was upfront and honest about the whole process. She is a wonderful business woman, as well as a wonderful person! We have, and will continue to, recommend her to anyone looking to buy or sell a home and will absolutely come to her in the future!

Hi John, We were down at the Lake a couple of weekends ago and I just wanted to THANK YOU for how wonderful everything turned out. It turned out even better than I imagined it could. I had a hard time looking past the dump that it was. I’m so glad you and David were able to help us see what it could look like. Thanks for making everything go so smoothly. I never had to worry about a thing (except whether I had picked the right floors/cabinets/etc … that was really hard for me!) What really amazes me is how everything looks exactly as if that was how it was planned from the beginning. Thanks for everything!

THANK YOU John! You’ve help create our dream home! We are so happy with all that you’ve done.

Mr. Travis, Marie and I appreciate all the work and time you put in with us. We are settled in and loving our new home. Thank you again John.

John Travis went above and beyond to help. I probably would not have bought if John and his wife hadn’t made the process so easy. The whole process was made so simple for me – it was perfect. If and when I see, John and his wife will be the first people I call. They were wonderful. 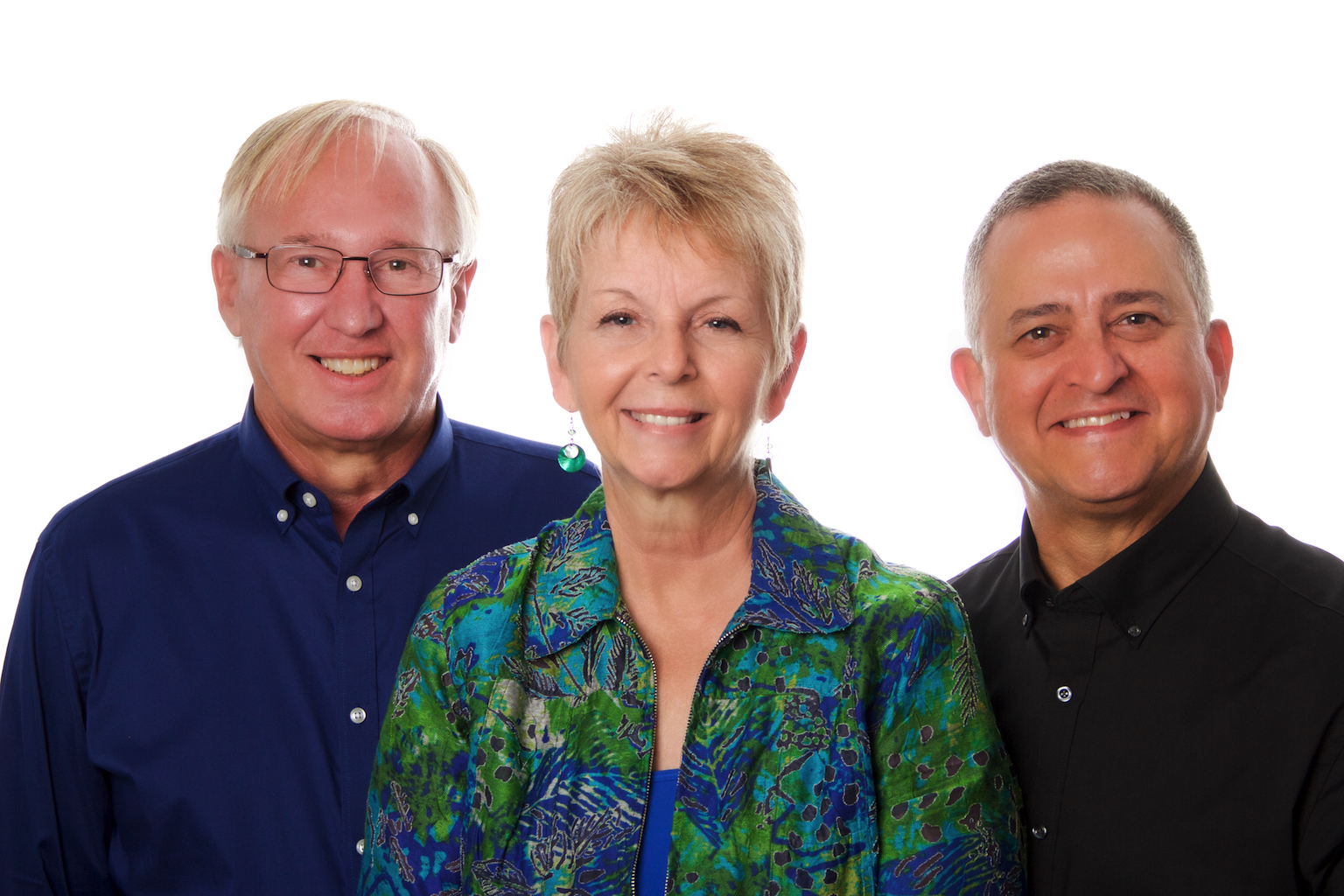 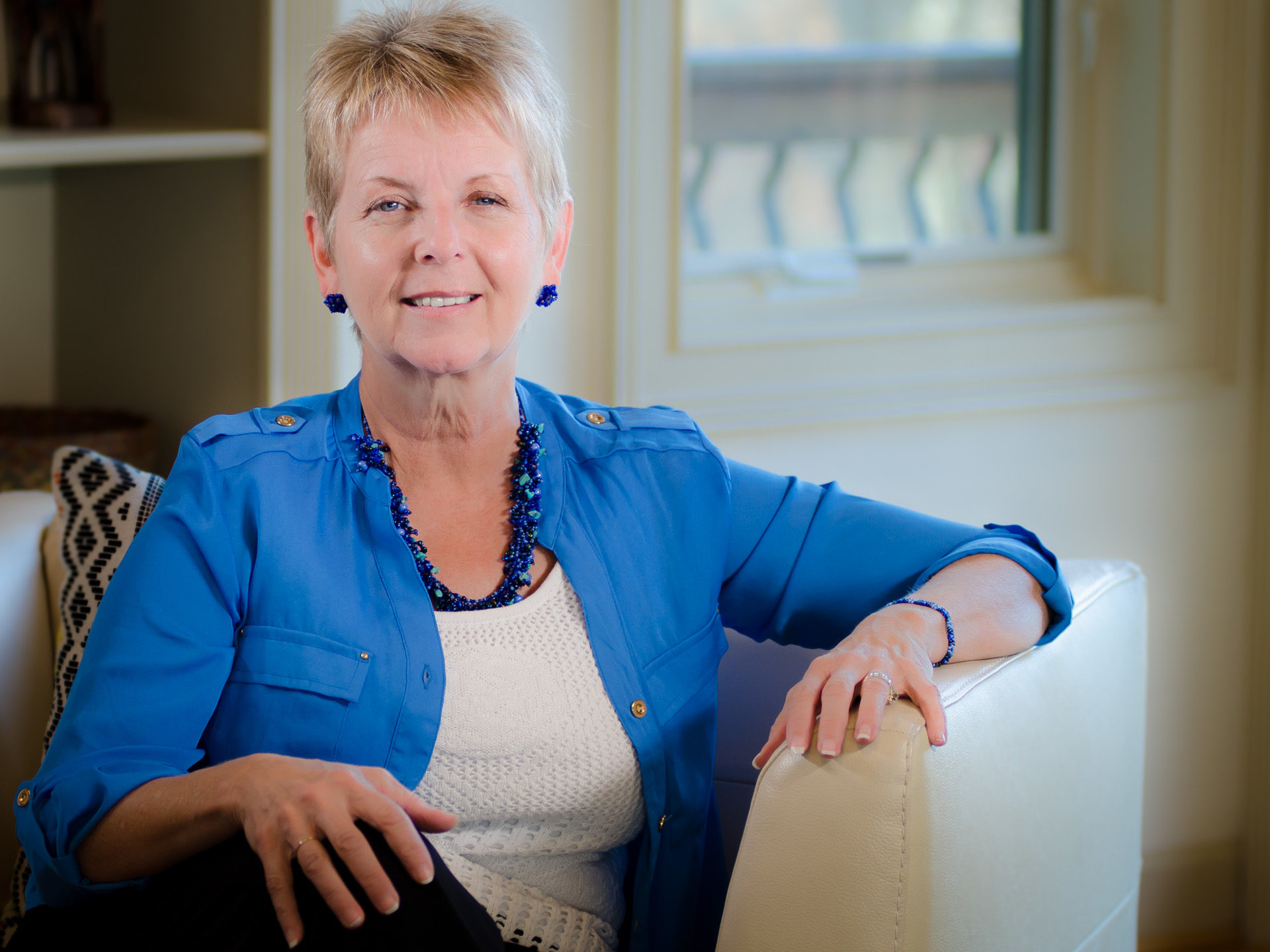 Donna has been finding people homes with Long & Foster New River Valley since 2010, and a Realtor® since 2008.

Based on 2015 sales results, Long & Foster Real Estate, Inc., the largest family-owned residential real estate company in the Unites States, named Donna to the Top 100 Elite Performers list. Known for a strong reputation of building relationships with her clients, Donna’s long-standing sales success has placed her in the top tier of Realtors. In the Fall of 2016, Donna was elected to serve on the Board of Directors for the New River Valley Association of Realtors.

Making people happy is what drives Donna! That’s why she will do her best to help you either sell your home or find the perfect place for you to live. You can rest assured knowing that she will do everything in her power to make this a pleasant experience for you. 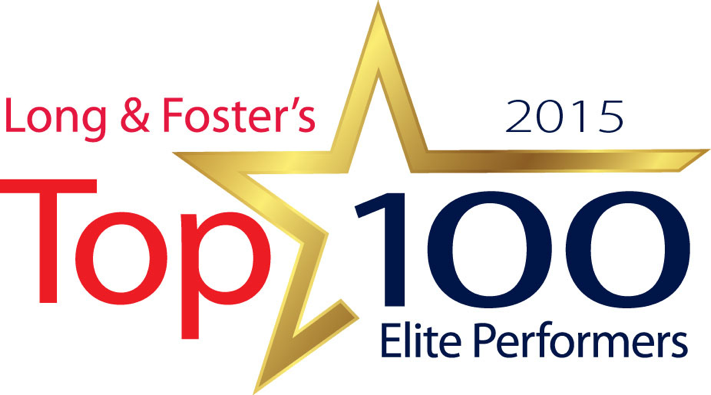 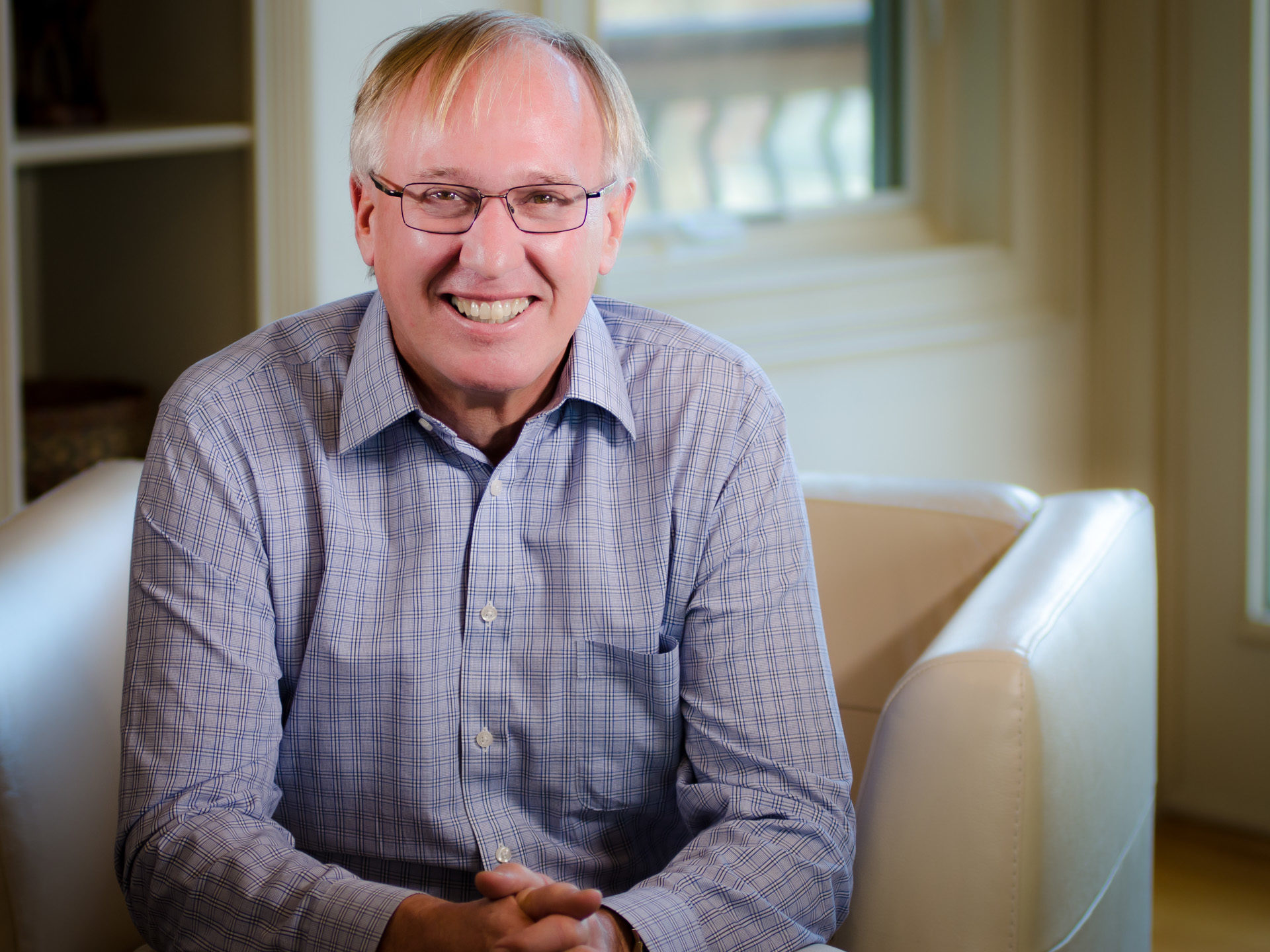 John has called the New River Valley home for the past 26 years.

John received his Realtor® license in 2014, and has been closely tied to the housing industry for nearly 16 years. Together, with his wife Donna, they started J and D Builders of the NRV in 2000 and have since built three different residential developments in the New River Valley.

Working as a Class A Contractor and builder gives John a unique perspective to the housing business that has direct application to real estate. Clients consistently praise John’s attention to detail, his tireless work ethic, and above all the integrity he brings to every project as he continues to use those traits as a Realtor®. Whether you are building a home, finding you a home or selling your home, John’s motto remains, “The first thing I build is trust”. 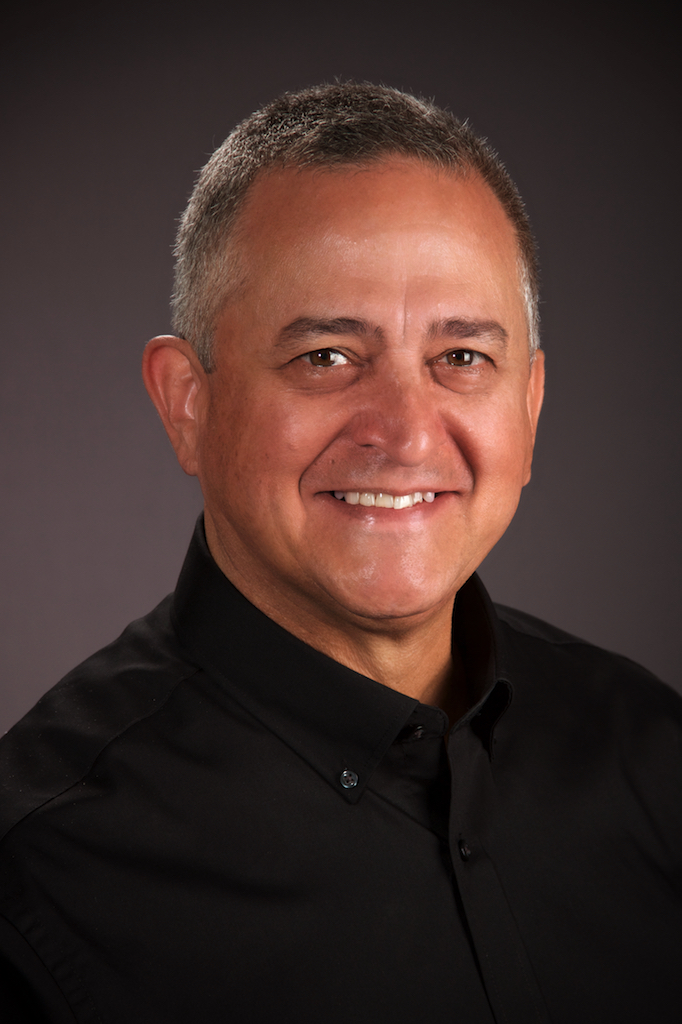 Henry Fiske is a 3 year resident of Pulaski County. Originally hailing from California and formerly a long time resident of Northern Virginia, Henry is a 26 year Army Veteran, retired, and a graduate of Southern Baptist theological Seminary. As a soldier- musician for most of his military career, Henry was Airborne with the 82nd Airborne All – American Chorus, and a career vocalist and featured soloist and with the U.S. Army Chorus for 22 years. He enjoyed a prestigious career, including singing for 8 U.S. presidents and 9 First Ladies, the Pope, the Queen of England, and numerous other dignitaries and Heads of State from around the world. He has performed on the stages of Carnegie Hall, Lincoln Center, and the Hollywood Bowl; many professional sporting events and NASCAR races, and for thousands of people in various indoor and outdoor arenas around the country.  Needless to say, Henry loves people and learned to converse and share with folks from all walks of life and all over the world!

After retirement, and as a graduate of Seminary with both his Master’s Degree and Doctorate of Ministry in 2017, Henry, his wife Christine, and 2 young boys moved to Pulaski County. Henry accepted a job as the full time pastor of First Baptist Church in the town of Pulaski and has been reaching out to the community for the last three years. When Donna and John Travis invited him to be a part of The Travis Team, Henry gratefully accepted. What a wonderful opportunity to get the know the area in which he was called to pastor! In addition, being part of The Travis Team has been a great way to build personal relationships, and for Henry, there is nothing more important! Helping people find a house to make a home is life changing, and he considers it an honor anytime someone asks for his guidance and help. Henry is very excited to be a part of this very special Team and looks forward to serving our New River Valley community! 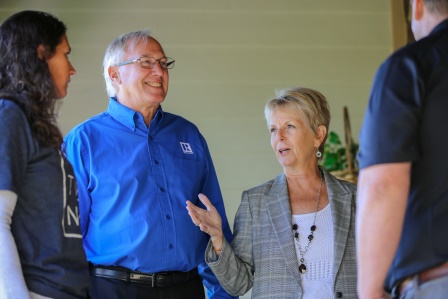 John and Donna have called the New River Valley their home for the past 26 years and have loved the opportunity to make themselves part of the community. They moved here with their family from North Carolina and have no plans to leave! They raised their two children, Andrew and Lauren, in their great family friendly neighborhood in Pulaski. The Travis’ are also very active in their church and appreciate their ability to go on service trips to underprivileged countries.

They both understand the importance of finding the perfect home for their buyers and ensuring the best price for their sellers. Not one to spend time idly, they love the constant changes and challenges that come with any sale. They are always ‘on the clock’ for their clients, working nights and weekends to accommodate their busy lives. Whether you are building a home, finding you a home or selling your home, The Travis Team motto remains, “The first thing we build is trust”. You can rest assured that John and Donna will fight for your best interests.

In addition, The Travis Team strives on building their business by “Building on relationships”. As a result of that there are several client appreciation events throughout the year.

AVERAGE DAYS ON THE MARKET

The average number of days on the market for Blacksburg was 107 for the month of October 2016 as compared to 80 days in October 2015.

Latest from our blog

Great wooded lots. Water and sewer rough connections are on the lot. The buyer pays the Town for the final connections. The shrink/swell test has been complete. For more information visit this link Let's get started If you would like more information about our...
READ MORE

5 Home Tasks To Do Before Guests Arrive for the Holidays

Holiday season typically means visitors galore! Hosting guests can be a lot of fun, but it can also take a lot of work, especially when they’re relatives who might have a lot to say about dusty curtains or a cluttered garage. Try out these five simple home...
READ MORE

Getting Your Home Ready for the New Year Market

The most wonderful (and chaotic) time of the year is quickly approaching. The holidays always seem to come and go in a blink of an eye, and it can be difficult to keep up. That, along with the stress of the new year coming, can be a lot to handle for anyone,...
READ MORE 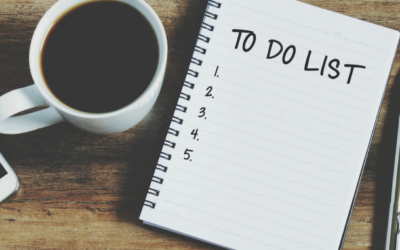 5 Home Tasks To Do Before Guests Arrive for the Holidays

Holiday season typically means visitors galore! Hosting guests can be a lot of fun, but it can also take a lot of work, especially when they’re relatives who might have a lot to say about dusty curtains or a cluttered garage. Try out these five simple home...

END_OF_DOCUMENT_TOKEN_TO_BE_REPLACED 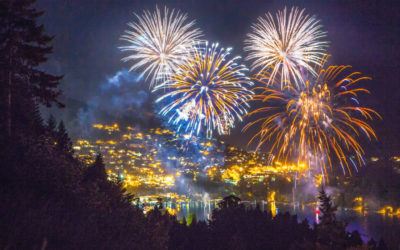 Getting Your Home Ready for the New Year Market

The most wonderful (and chaotic) time of the year is quickly approaching. The holidays always seem to come and go in a blink of an eye, and it can be difficult to keep up. That, along with the stress of the new year coming, can be a lot to handle for anyone,...

END_OF_DOCUMENT_TOKEN_TO_BE_REPLACED 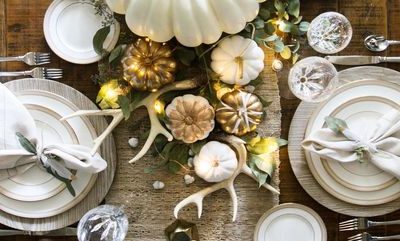 Once Halloween passes, it seems like everyone just wants to start decorating for Christmas. We aren’t saying that’s necessarily a bad thing, but what about Thanksgiving? There is plenty of time to decorate for Thanksgiving between Halloween and Christmas, especially...

END_OF_DOCUMENT_TOKEN_TO_BE_REPLACED

If you would like more information about our communities and listings or would like to schedule a home tour, we're here to help. Complete the contact form below or feel free to call us directly.