Getting to Know the New River Valley 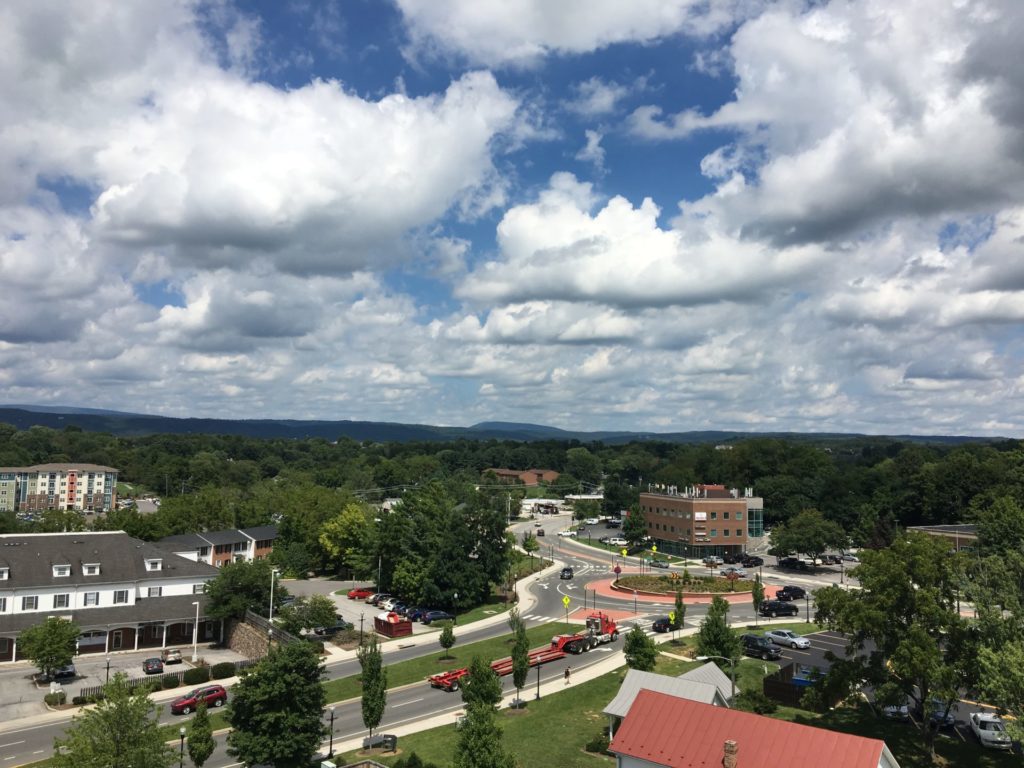 The New River Valley (NRV) is the small, friendly, river-front (along the New River) region tucked away in the Blue Ridge mountains of Southwest Virginia. Estimated to have been inhabited in the early 18th Century, the NRV is currently home to approximately 165,000 residents. It comprises several towns, each with a unique and distinct personality and landscape.

One of the most well-known towns in the NRV is Blacksburg, home to the Virginia Tech Hokies. Blacksburg is infused with college-town charm and dozens of small businesses and restaurants. Although Blacksburg does have Kroger and Starbucks, one quirk of the town is its lack of big, box stores. The locals of Blacksburg can frequently be found shopping at the Farmer’s Market in Market Square Park and hanging out at local art galleries, street fests, and live music shows. With a walkability score of 42, Blacksburg is an easy town to navigate, but also boasts a strong public transportation system for students and residents alike.

Blacksburg’s southern neighbor brings the box stores that Blacksburg lacks, so that residents of both towns have convenience and culture outside their doors. Currently, Christiansburg is experiencing a construction-boom both in residential opportunities and commercial properties. 2018 plans include a new Dollar Tree, Aldi, Hobby Lobby, and refreshed JoAnn Fabrics, in addition to new office spaces and several new neighborhoods. An added bonus is that Christiansburg residents can use the Christiansburg Rec Center for free, and have discounted access to the Christiansburg Aquatic Center’s memberships.

Currently Blacksburg’s northern neighbor, Giles County, has a population of just under 18,000 residents, on the forefront of the New River. Giles County is the location of the famous Mountain Lake which you may recall from the movie Dirty Dancing. Mountain Lake is one of only two fresh water lakes in Virginia and it passes through a popular waterfall, The Cascades, before reaching the New River. Giles County is a popular hiking destination in the NRV and has several antique stores and family-owned businesses. Giles County is comprised of five smaller towns: Glen Lyn (the smallest), Narrows, Pearisburg (the largest), Pembroke, and Rich Creek.

Formed in 1839 after Count Casmir Pulaski, an exiled Polish fighter from the American Revolution, Pulaski is highly regarded for its rolling hills and picturesque setting within the NRV. Pulaski is home to the popular destination, Claytor Lake where many people find respite from the daily grind on the sandy shores or while floating their cares away on the water. Pulaski is also a more densely populated area with more than 36,000 residents. Pulaski offers an abundance of activities including biking trails, parks, the Raymond F. Ratcliffe Transportation Museum, and the Draper Mountain overlook. Pulaski is a half-hour drive away from both Virginia Tech and Radford University.

Home to the Highlander’s of Radford University, one of only eight doctorate granting universities throughout the Commonwealth. Radford is not only an independent city, but has had several identities since its inception in 1887. It was previously known as Lovely Mount, Central City, English Ferry and Ingle’s Ferry before becoming Radford. Radford originally gained residents as a railroad town with easy access to fresh water in the New River. Radford is bustling with activities. It has four parks, the Glencoe Museum, a local farmer’s market, access to the New River, and countless athletic and cultural activities at Radford University. With a population of about 17,000 residents, you can achieve small-town living without sacrificing a busy social life.

Sometimes referred to as the “Berkeley” of the NRV, Floyd is a special town. Originally known as a town for “traders and trappers” in the 1800’s, Floyd is now home to about 15,000 residents. Many people pass through Floyd while driving along the Blue Ridge Parkway and stop into the General Store for a slice of pie, or even a Friday night jamboree. Floyd is also home to two popular wineries: Chateau Morrisette and Villa Appalachia.

If you would like more information about our communities and listings or would like to schedule a home tour, we're here to help. Complete the contact form below or feel free to call us directly.